Compass Adjusting Services has assembled one of the largest and most experienced groups of insurance claims professionals ready to assist in catastrophe and daily claims.

Chris founded the company in January of 2005 with the aim to specialize in daily and catastrophe property claims. Starting out his career in 1991 as a staff adjuster with a large national insurance company, Chris was a multi lines adjusters until 1993 when he specialized in personal and commercial lines property. Chris went on to be the personal lines property manager over Texas. In 1998 Chris moved on to a large Third Party Administrator where he was the Catastrophe manager for 2 years. He then worked for a large independent adjusting company as a branch manager. Chris received his degree from Texas State University.

Joining the company in 2005. Benson is responsible for Operations across all divisions and assisting in marketing and sales efforts of the company. Benson began his career as an independent adjuster in 2000. He has a strong track record of producing excellent claims and customer service for clients in addition to improving the efficiency in the claims process. Prior to his current role, Benson spent 8 years working for National Catastrophe Companies that are proven leaders in the Insurance Industry. In addition, Benson has owned and operated one of the leading Catastrophe Reconstruction companies in Austin, TX. His knowledge in catastrophe management, residential and commercial construction, claims handling, and leadership has proven to be a vital asset to Compass Adjusting Services, Inc. Benson received his degree in Business Administration from Sam Houston State University.

Joined Compass Adjusting Services in 2006 as Vice President, with the primary responsibility of Catastrophe Operations. Wesley's career began as an independent field adjuster in 1995 handling residential and commercial exposures. Wesley was in charge of running the Houston Mold Office for an Insurance Carrier in the early 2000's, and later transitioned into being the Account/Field Manager for one of the largest Insurance Carriers during the very active 2004 and 2005 seasons. With a background in construction, extensive field experience as well as team building and catastrophe management, Wesley brings to the table the ability to work hand and hand with insurance carriers and our team here at Compass. In addition to Catastrophe Management, Wesley is also an approved trainer for the Xactimate Estimating platform. Wesley received a degree in Finance from Texas A&M University.

Toby received his adjusters license in 1996 and began his career as an independent field adjuster handling property and commercial losses at the age of 19. Toby joined the Compass team in 2008. Toby's responsibilities as a field director include managing catastrophe and daily adjusters throughout the United States, coordinating catastrophe and daily deployments, adjuster training and development, and quality control through reinspections. Toby has an extensive background in handling multiple types of losses including daily claims as well as catastrophe and large loss claims. This "hands on" experience and knowledge of claims estimating programs and policy language has given Toby the ability to assist our adjusters in all claims handling situations that may arise.

Has worked in the insurance adjusting business since 2001. Jason's experience as a residential and commercial field adjuster handling a variety of losses, including commercial claims and large losses has contributed to the understanding of insurance policies and claims procedures. Jason continued his career in the adjusting industry by joining Compass in 2008 as an adjuster and then as a field director managing catastrophe adjusters throughout the US. Jason's background as a field adjuster has given him the ability to help other adjusters succeed in the claims business. His dedication, leadership, and management skills are an asset to the Compass management team.

Received his adjuster's license in 2001 and began his career working claims for independent adjusting companies. Zane has a background in Finance and a MBA from Texas Tech University. His experience covers a broad range including Daily and Catastrophe claims for residential, commercial, large loss, liability and flood. His field work as an adjuster has contributed to the understanding of insurance policy and claims procedures which make him an asset to the management team. Zane is currently managing all the day to day claims volume in Texas as well assisting managing the daily claims operations throughout the USA.

Began his insurance career in 2004. Brian has worked in the insurance industry a Business Analyst, Claims Adjuster, Field Staff & Catastrophe Manager and Director of Claims. Brian previously developed his technical and management skills as a systems administrator and network engineer for Covelli Enterprises. Brian is an experienced insurance professional who focuses on quality and timely customer claims solutions. Brian received his degree from the University of Central Florida.

Kristi began her adjusting career in 2000 as an independent field adjuster handling multiple types of property and commercial losses including daily, catastrophe and large loss claims. Kristi went on to a large independent claims firm where she was responsible for reviewing claims to help identify target areas of adjuster improvement, supporting management with training objectives and staffing obligations, and assisting adjusters with Xactimate. Kristi joined the Compass team in 2008. Kristi's extensive background in field work as an adjuster and her knowledge of claims estimating programs and policy coverage has given her the ability to assist our examining team and adjusters with any issues that may arise throughout the claims handling process. Her current position consists of managing a team of examiners to ensure file quality as well as supporting the field management team. Kristi received her degree in Business Administration from University of the Incarnate Word.

Began her career in the insurance industry in 2001 as a field adjuster. Her experience as a field adjuster handling both catastrophe and daily losses has provided extensive knowledge of the claim process, policy coverage, and estimating programs while focusing on customer service and file quality. Prior to joining the Compass team, after 7 years as an independent adjuster, she went on to managing daily adjusters for a large independent claims firm and was responsible for insuring claim cycle times were met while producing quality files for the carrier. Stacie was also a training instructor where she held classes for new adjusters to assist them with basic adjuster skills as well as licensing courses. Her current position consists of managing a team of adjusters to support carriers with back office duties necessary for concluding claims, as well as supporting the field management team.

Listed below our some of our adjusting industry education and licensing companies. 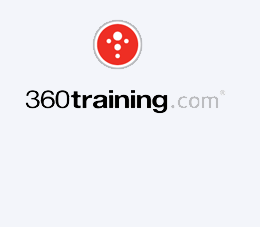 Cultivating your skill sets while expanding your knowledge base for exciting new career opportunities is the cornerstone of 360training. 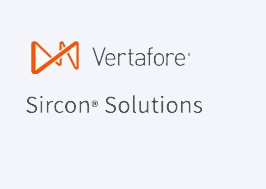 Sircon business has provided producer licensing services for over 17 years.

Cultivating your skill sets while expanding your knowledge base for exciting new career opportunities is the cornerstone of 360training.

Sircon business has provided producer licensing services for over 17 years.